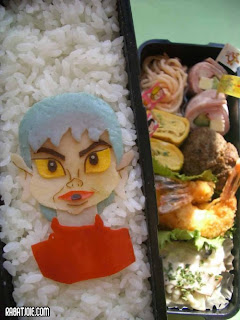 “Athithi devo bhava” is probably one of the most popular sayings in our country. For people who had no or little acquaintance with this sentence, it meant treating your guests as gods. Food is priority in any Indian function which will make the event a success. These days craze for serving different kind of food items in family functions especially in kalyanams (marriages) is on a high. If you are confused as to choosing the best caterers in our madras city, DJ caterers are here to provide you with the best tasting food with high quality ingredients at the same time providing top level service to all its customers. DJ Catering offers cuisine with inventive interpretations and modern creations. They turn the very best traditions of regional and international cuisine into exciting and unique menus guaranteed to please your palate and thrill your guests.

Give your tongue a chance to taste the exotic north Indian, south Indian, Chinese, chat items and tandoori varieties from our renowned caterers. These caterers promise to be one in your family while shouldering the entire responsibility of food items during your festive occasion.

WHEN TWO IS COMPANY, ONE IS LONE...

The clock ticked two times in the early hours of 28th august and I was fastened to my bed, cuddling the pillows and snuggling under the blanket. The shrilling sound of the clock bell, punctured through the drums of my ears. I got up all in vain as if someone is pushing from a hilltop. My heart beat rose three to four times higher and my forehead was covered with sweat, the salty water overflowing through my cheeks.it wasn’t summer, but the climate was unusually pleasant.

I gulped two glasses of water all at a stretch, and covered myself with the blanket trying to revoke my sleep. But I couldn’t do it. It was pitch dark and I could hardly count any stars on the sky except the Orion star configuration and it had nothing to do with me except provide some beam of light. This light filtered through my transparent curtains and illuminated my bedroom.


I heard someone banging my front door, exactly three times. I was in half sleep and it took few seconds to recognize that someone is really banging the door..
I managed to get up and unlocked the iron bar fastened across the breadth of the door. I was a tad confident that it couldn’t be a robber and it must be the milkman delivering his product a bit early. All that I was able to see was darkness and nothing else. I stepped my foot ahead and saw left and right, there was none. Before I thought of getting inside the lobby, I could find a box wrapped up in a glossy sheet, printed with the words..
“ Just to you………………with love and care”


I thought it must be a chuckle headed fellow who had thought of gifting it to his lover and perhaps she must have not accepted it. Anyways, I was only after throwing it into the junk cart placed a few foots ahead from my front door.


Before I was to throw it, a luminescence struck my eyes, on the cover and an animated image boasting-
“ Don’t throw…it is for you…”
I wondered whether covers really speak. But I had to accept it. It wasn’t something new to me, as I am a very keen reader of magical kind of stories. A bit confused, presently, as I wondered, whether these things happen in reality.


Mustering some courage, I had opened the box, standing all-alone, in my street. I thought there must be gold coins or a fairy or something else. My imagination ran wild at that point of time.

The box was decorated with gem studs placed in an unusual pattern, each one with a different color. I opened the locked end of the box and could find a silky cloth in which some words were woven in a coarse thread. The background was velvet black with the words engraved in a red colored coarse thread.
It was more of a date calendar kind, but the only thing that separated was the silk cloth.
I was asked to choose any one date from a set of five. I was pushed suddenly into a unsteady state.


I selected a date, which was thousand years from the present. I have read about time machines, whirling clocks, and other things. But I could never imagine myself being thrown away to ages all of a sudden. Yes, it was the time machine.

I was not after stealing money, enjoying the lone world, but every moment I felt in need of a company. I needed someone to talk with. I got up from the place where I was thrown-down by the time machine.

As I rose from the place, I could feel something was pulling me somewhere, and I dint knew what was pulling me where. This pulling force took me miles away through the highway, mountain reefs, until I reached the quixotic visionary of the deep blue sea.
The waves were crushing heavily on the shores.
I was able to vision a ship cruising towards the shore. The red light of the ship was approaching me nearer and nearer. I was feeling happy at least in meeting someone and share a couple of words with the person.

Time flies away in a jiffy and it was early morning. I slept the entire night on the sands of the shore. The mast of the ship was flying high because of the northerly winds. The climate was freezing and I somehow managed to enter the inside of the ship. There were no captain, crews, nor someone to stop me. The ship was heavily decorated with photos, balloons, oil paintings, flowers and many glittering items. I wondered whether there is going to be a party or a wedding.

A door at the side of the hall, bared the words, “push me”.
I was happy for one thing-words of communication existed asking me to push the door.
I immediately pushed the door and spotted graffiti have always had a great passion for solving puzzles. But I was unable to conclude anything from the scribbling on the walls of the ship. The graffiti was well illuminated, shining like silver. My eyes suddenly pointed over a particular area of the graffiti. I could see the almighty Jesus, sobbing.
I was thrown aback. I wondered whether god cries? God is said to be the creator of the universe. I fell down unconscious on the wooden floor carpeted velvet red. I could sense someone holding me from falling onto the floor. Lol!! You may all wonder who it was?
It was none other than the lord himself, the creator of me!!!!
I opened my eyes and initiated some spunk to talk with him. I was the happiest person in the world at that moment of time. A great feeling of confidence and peace took over me. I asked him for where he was all these days?? He replied me telling that he was bearing the glum of people in this world.

When I asked him about the reason for bringing me into such a world, he replied “child! It is not that I have imported only you, to this tranquil world and that there are many people like you who are present here. But all of them appear as invisible to the other person because everyone must realize the need of other person. Life doesn’t end with satisfying one’s own desires, but a feeling of love and care for other person will make this world even more peaceful to live. Whenever a person really needs another person’s company, he will surely be able to see me. You have felt the need of someone and hence I am visible to you. So, you are no more a loner in this world. Let others too recognize the need of someone to love and care in this world, and I will be visible to them. Come-on! My child! You will be my messenger of mine from this moment to spread the disease of love and care. I will send you back to the original world and you must help me in bringing out people here.

My eyes were filled with tears of happiness. The language of love and care what god thought will remain in my memory forever.
Yes!!!! I was back to the original world and I am warning you people to be ready!!! Because you may be the one I am going to take to the world of care and love….
Posted by Koushik aarveeve at 9:17 PM No comments:


This blog is a personal blog written and edited by me. This blog accepts forms of cash advertising, sponsorship, paid insertions or other forms of compensation.

This blog abides by word of mouth marketing standards. We believe in honesty of relationship, opinion and identity. The compensation received may influence the advertising content, topics or posts made in this blog. That content, advertising space or post will be clearly identified as paid or sponsored content.

The owner(s) of this blog is compensated to provide opinion on products, services, websites and various other topics. Even though the owner(s) of this blog receives compensation for our posts or advertisements, we always give our honest opinions, findings, beliefs, or experiences on those topics or products. The views and opinions expressed on this blog are purely the bloggers' own. Any product claim, statistic, quote or other representation about a product or service should be verified with the manufacturer, provider or party in question.

Koushik aarveeve
chennai, India
Twenty-something, single, male, with high spirits and always dreaming about the future. Like to take the road less traveled by others. Totally fond of exploring new things, people [:P] and places. I believe in enjoying every moment of life and taking it the way it comes. Being Cool and simple are what I love and seek in others. Quotes I love and wish to follow: • Arise, Awake and Stop not until your goals are reached. • Winners never quit, quitters never win. • Never, ever give up things.

It is beingness,
And being here in the world!
Why do you want to know
The mystery,
the purpose?
It is dawn
Serene and sweet is the air:

Like my heart
Every leaf of the trees
Has a crimson green pulsation
With a fragrant, gentle breeze,
In the shimmering hum
of the silver light,
And soon the sun will rise!

I browse them often...